We have two pairs of Ignition servers with MQTT Transmission 4.0.9. We update the transmission module on one pair and it worked fine. However, when trying to update the second pair it faults after the update. 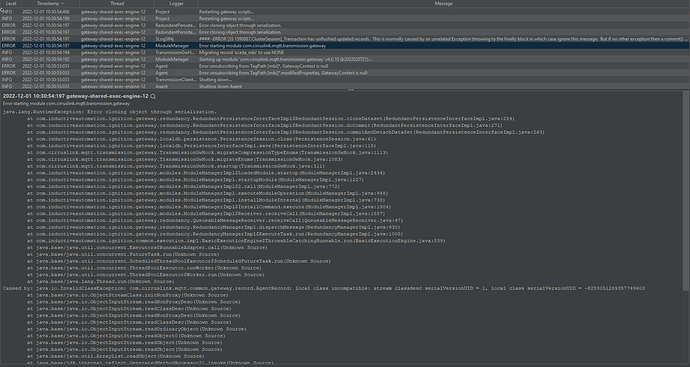 There is a known issue in previous modules that causes this to occur. The easiest way to clear it is typically:

If this does not clear it, I would recommend opening a support ticket at support@cirrus-link.com